Ever heard of fibroids? Whether YES or NO it is an important topic to be known by every adult, especially women. This article will give you basic information on fibroids and fibroid degenerative discharges.

Women are a necessary component of our society. For some reason, women are considered as the delicate gender. But in fact, they have to bear a lot of pain due to standard processes such as period pains. There are many complexities regarding the sexual health of women.

Today, we will be touching on one of those sensitive topics “Fibroids” & “Fibroids degenerative discharge”

Fibroids are non-cancerous (benign) tumors that grow in the muscular walls of the uterus in females. Until now, this condition is not fully understood as to how and why they start growing.

As such, they are, in most cases, non-dangerous. But if they are left untreated, they can cause serious complications, which may include:

Fibroids can be grown anywhere around the uterus. However, according to a research review, the ones grow in or under the uterus lining are more likely to cause abnormal bleeding.

They are usually grown in small sizes. But may increase in size up to a grapefruit length and width.

When fibroids become too large, the blood supply may not be enough to fulfill the needs. This may seem reasonable until the fibroids die in a process that may be called “degeneration.” Thus the discharge may occur at that stage.

The most appropriate method of finding fibroid is by professional diagnosis. But you may see some sure signs to get to know about fibroids. These symptoms are listed as:

It may be seen in women that when enough fibroids cells die, they can survive on the blood flow from the blood supply. The degenerative fibroids at that stage may be called on pause. The pain may also decline at that stage.

Yet, it is probable that the blood supply may return, and the fibroid will grow again. If this happens, the cycle is continuous, and again there will be degeneration. Therefore, treatment is necessary.

How Common Fibroids Are?

The answer to this question might be that fibroids are quite common. In most cases, though they do not cause any symptoms. In this case, they are not quite dangerous and do not require any treatment.

Recent analysis reveals that almost 40 to 80 percent of women may get fibroids in their uterus before menopause.

Living with fibroids may not be life-threatening. However, if it becomes severe, it may cause difficulty in maintaining your usual lifestyle. It can enhance negative impacts both physically and emotionally, which worsen the longer you have them.

Following are some common risk factors that may increase the chances for a female to develop fibroids.

Fibroids have a close relation with female sexual hormones (progesterone and estrogen). Therefore, after menopause, when the hormone secretion is stopped, they tend to stop their growth or shrink on their own.

It might be seen that the risk of fibroids may increase if the parent or sibling has had fibroids in their life.

Women, who start menstruation at a young age, are more susceptible to developing fibroids.

People who have never been pregnant are also more susceptible to fibroids and have a high-risk rate.

Treatment for fibroids is not necessary if the symptoms are minor, which does not affect your daily activities or appear at all. However, you may see a gynecologist if there are mild to heavy symptoms to prevent further complications.

Some of the standard treatments for fibroids may include:

Many medicines can relieve pain from small fibroids. It may not be advisable to use it if the size of the fibroid is large. Some treatments recommended are NSAIDs, Contraceptive pills, oral progesterone, etc. The physician may also recommend Gonadotropin-releasing hormone analog (GnRHas).

For fibroids, surgery is an excellent option to remove them if the symptoms are severe or the medication is not working at all.

There are also many nonsurgical methods that your gynecologist may recommend, such as uterine artery embolization (UAE), endometrial ablation, or MRI-guided procedures.

Living with fibroids may interfere with your healthy lifestyle. Therefore, it must be treated or removed to enjoy a good life which can be done by consulting a gynecologist or health care provider. Ask help from friends and family who can help you emotionally till your doctor can relieve the fibroids and you can pursue a healthy life.

These are answers for the most common frequently asked questions about degenerative fibroids:

WHAT IS THE DURATION OF PAIN FROM DEGENERATIVE FIBROIDS?

The pain resulting from degenerative fibroids may last from a few days to even a couple of weeks. However, the pain can be treated by using medications such as ibuprofen.

CAN YOU PASS FIBROID TISSUE ON YOUR OWN?

Yes, it is common to pass fibroids tissues on their own. But it does not happen often.

IS THE DISCHARGED FLUID SMELLY?

The discharge fluid may also have a foul smell, which may indicate an infection. These infections are typically treated with antibiotics prescribed by a medical doctor.

WHAT SIZE OF FIBROID NEEDS SURGERY?

Experts recommend the fibroids may need surgery to get removed if they acquire the size of about 4 inches or more.

IS EXERCISE GOOD DURING FIBROIDS?

Exercising may be an excellent option to reduce the size of fibroids. However, it should be done with care to avoid excessive pain. 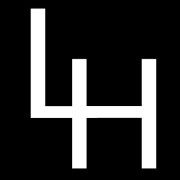